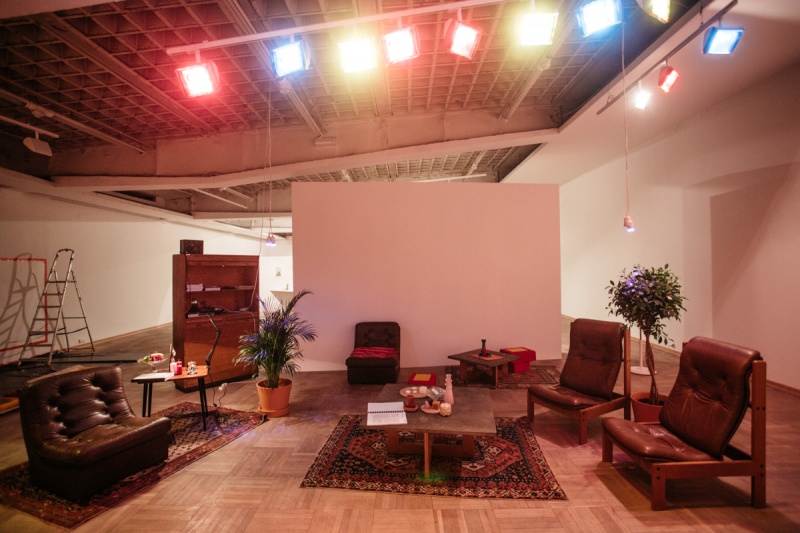 “Minimal Forms of Reality” is an international exhibition that addresses the diversity of forms of contemporary sculpture, its varieties and languages. It gathers artists who isolate objects from the context of their everyday existence and test out, seemingly impractical installations, non-sculptures, and designed time-space environments that capture and engage viewers’ attention. The gallery is filled with objects deprived of their normal function: hats and workshop rubbish (Jos de Gruyter and Harald Thys), drier and mirror (Haegue Yang), leaves, cones, filings of exotic trees (Anna Niesterowicz), and sea waste (Anna Witkowska). Works on display recall neither Duchamp, nor Rauschenberg, for artists are closer to the movement of Arte Povera and concepts of Germano Celant, who in the 1960s favoured the intuitive and pure art that stood in open opposition against the commercialised American Abstract Expressionism, as well as the exceedingly rational Minimalism. They share a lot with precariat art and artists from Latin America, such as Francis Alÿs, Hélio Oiticica, Gabriel Kuri and Abraham Cruzvillegas – artists fascinated with methods of informing the world about actual poverty and social exclusion. The techniques they use – the art of rubbish, the aesthetics of waste, DIY or autoconstrucción (self-construction – a notion used by Cruzvillegas to describe his method) – refer to the rules that regulate the lives in favelas, the so-called shanty towns in Mexico or in Rio de Janeiro. Their postmodernist ready-mades derive from the assumption that all kinds of artistic activity make use of already existing components. In this respect, the materiality of the object contains both emancipatory potential, setting directions and means of avoiding the participation of objects in the economy of production, as well as proposing a new kind of materialism that positions itself beyond the fetishism of matter and favours the emerging relation between object and experience it evokes.
More about the exhibition at Bukier Sztuki.