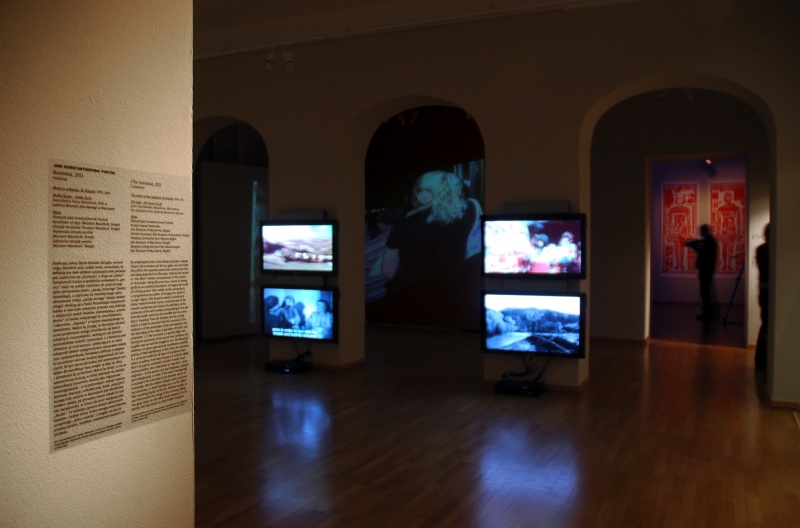 The exhibition confronts the works of two contemporary artists whose life and creative experience fit into the issue of transmigration. Tadeusz Mysłowski is a Polish artist who has been living in New York for forty years, but is still strongly associated with Europe, especially with his hometowns of Piotrków and Lublin. This fact makes him cover quite a lengthy distance between the two continents a few times a year. Jani Konstantinovski Puntos is an artist of a Macedonian-Greek origin, rooted in Poland. However, his nomadic temperament inherited from his ancestors is still pushing him to discover new territories for himself during his long stays in various countries in Europe, Asia and America (inter alia in Macedonia, Italy, Greece, Australia, India, Syria, The United Arab Emirates, China, Japan, Jordan and the USA).

The confrontation of the output of the two artists in the space of the gallery shows the extraordinary relationships which overlap them. Apparently, it is a meeting of two artists with different artistic ‘temperaments’. A deeper analysis, however, reveals significant similarities. They both create in a constant motion, in an active, though, confusing process of selecting, collecting impulses, experiences. Their artistic expression is closely linked to an ongoing process of shaping its own identity – the identity of the transmigrant in the space of the multi-dimentional, unstable, transcultural world we live in.
«